Abhishek Sachdev of Vedanta Hedging was interviewed by by Reuters about how banks have paid out far less than the amount that the have put aside for compensating small businesses on taking out hedging products that many of them  did not want or understand.

As the review comes to an end many more small businesses have been unfairly offered replacement products, which are not more suitable, rather than the full compensation that they deserve.

Several firms have decided to pursue legal action against the banks for their consequential loss claims as they are not happy with what is being offered by the banks.

Banks pay only one fifth of swaps mis-selling funds 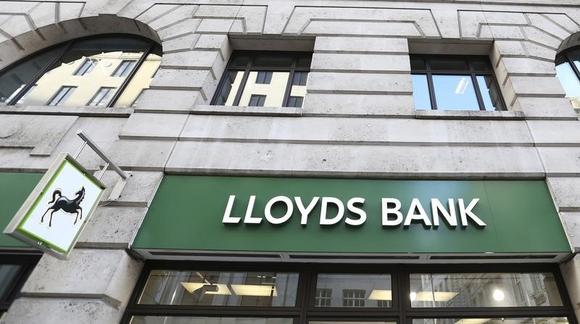 The signage is seen at a branch of Lloyds bank in central London February 13, 2014.

(Reuters) – Britain’s biggest banks have so far paid out only a fifth of the funds they set aside to recompense small businesses mis-sold interest-rate hedging products, a month before the compensation scheme is due to end.

The mis-selling of these sophisticated financial products is one of numerous scandals in recent years that have cost banks billions of pounds in compensation.

– Barclays, HSBC, Lloyds Banking Group and Royal Bank of Scotland – have set aside a total of 3.75 billion pounds to deal with the interest-rate swaps issue.

The Financial Conduct Authority (FCA) said on Thursday that, by the end of April, compensation amounting to 798 million pounds had been paid to 5,732 customers.

That comes on top of the more than 20 billion pounds banks have set aside to compensate customers mis-sold loan insurance.

The FCA said banks were on track to meet a deadline for completing the review of nearly 30,000 cases for potential mis-selling. The regulator ordered banks to start compensating firms last May after finding serious failings in the way the swaps were sold.

“We are in theory one month away from all this finishing and the amount they have paid so far is a mere pittance,” said Abhishek Sachdev, managing director of Vedanta Hedging, which advises businesses on the products.

Banking and regulatory sources say a significant proportion of the funds banks have set aside is to meet the cost of closing the original hedging contracts. That covers the loss of payments customers would have made to banks under their hedging arrangements if they were still in place. The cost of reviewing the cases, and hiring advisors, is also included in the banks’ provisions.

The products were sold on the basis they would help protect smaller companies against the risk of rising interest rates, but when rates fell, they had to pay the banks large sums, typically running to tens of thousands of pounds.

Companies faced penalties to get out of the deals, which many said had not been properly explained to them.

The FCA urged 1,300 firms which have yet to join the review to do so. Somesmall businesses

have chosen to take legal action against banks instead, pursuing claims for consequential losses which could lead to bigger payouts. Others have been put off by the prospect of being offered alternative products by the banks, which they do not want, instead of cash compensation.

The FCA data showed that the proportion of customers being offered full cash compensation by banks is falling and the number being offered alternative products is rising.

“We’re seeing an increasing number of alternative products being given. The stance of banks is certainly hardening,” said Vedanta’s Sachdev.

Banks have offered to pay full cash compensation in 52 percent of the 11,871 decisions so far communicated to customers in the review, compared with 57 percent at the end of last month.

The FCA said RBS, which has the most cases left to review, was marginally behind its schedule to meet the May deadline. Barclays had already been given until June.