Our client, Waheeda Bashir from Superfresh Halal has been featured and interviewed in both the BBC and Sky News today.

This is the link to the BBC article: 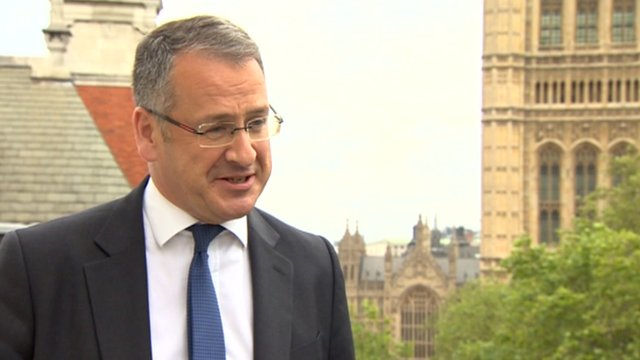 Mark Hoban, Treasury Minister: “We need to see clear action taken on this to reassure businesses”

The FSA said it had found “serious failings” in the sale of the products, designed to protect firms taking out loans against rising interest rates.

The FSA said it had reached agreement with Barclays, HSBC, Lloyds and RBS over providing “redress”.

The mis-selling is the third case of serious malpractice at the UK’s banks.

This comes after manipulation of lending rates and the PPI insurance mis-selling.

The FSA said it believed the swaps had had a “severe impact on a large number of these businesses”.

It did not say how much money would be necessary to compensate the businesses involved.

Sandy Chen, from Cenkos Securities, estimated that the total cost to the banks collectively would be between £1.1bn to £1.4bn, with most of that falling on Barclays.

Around 28,000 interest rate protection products were sold to thousands of small businesses, starting in 2001.

The businesses affected should now be contacted by their bank to instruct them whether they are included in a review of these sales. Those which were found to have been the victims of mis-selling will eventually be offered compensation.

The managing director of the FSA’s conduct business unit, Martin Wheatley, said the practice had been costly for the victims: “For many small businesses this has been a difficult and distressing experience with many people’s livelihoods affected,” he said.

‘Just when Britain’s banks would have loved some positive publicity, the City watchdog – the Financial Services Authority – has said they were guilty of serious failings in the way they sold complicated products to small businesses” – Robert PestonBusiness editor

He added that the bosses of the banks, including Barclays chief executive Bob Diamond, had given a personal assurance they would sort out the problems caused.

The FSA has been investigating whether mis-selling took place for two months, and as part of that has been talking to some 100 businesses.

When Parliament debated the subject last week, the Aberconwy MP, Guto Bebb, said many business people did not understand the deals but trusted their bank managers, and many were told that without signing up they risked being refused credit.

Waheeda Bashir runs a halal butchers in Ilford, Essex, and approached Barclays in 2006 for a loan to expand her business. “We have had to beg and borrow from friends. Business is hard but we are pushing along”

The 35-year-old said that she requested £1.45m to buy neighbouring properties and said she was told she must take an interest rate protection product otherwise she would not get the loan.

“It is a rope around our neck. We have had to sell all the jewellery that my mum and dad gave to us. It has taken all our life earnings,” she said.

She said that she hoped the situation would be dealt with as soon as possible in the light of the FSA’s findings.

“We have had to beg and borrow from friends. Business is hard but we are pushing along,” she said.

Another person who said he has been affected was Michael Barltrop, 59, of Wilmslow, Cheshire, who said that an exit from one of these deals eventually cost him £200,000.

“It has left us completely short of money and caused a lot of stress,” he said.

Others have claimed that the extra bill that they have faced has led their business to collapse.

Swaps products vary in their complexity and the FSA said some of these can be appropriate when sold in the right circumstances.

But it said it had found a range of poor practices including:

The banks all released responses in the wake of the FSA announcement, saying they had co-operated with the FSA and would continue to work with it to resolve the matter. They said they had agreed to carry out a thorough assessment of sales of these products to certain customers.

Lloyds said that it had not sold these types of products widely, and therefore was not expecting the costs of redress to be substantial.

The FSA will now contact other banks which sold interest rate hedging products to see if similar mis-selling practices went on. These additional institutions were responsible for only a small proportion of the sales, the FSA said.