Abhishek Sachdev, MD of Vedanta Hedging was interviewed by Reuters about the implications for derivative contracts worldwide if all LIBOR related contracts had to be unwound.

There are currently two legal cases in London in which Corporate’s are arguing that their LIBOR based derivative contracts are null and void, because the Banks that provided them were found guilty in LIBOR manipulation.

UK court to hear evidence ahead of landmark Libor ruling 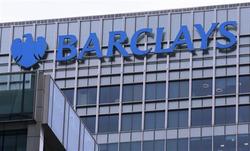 LONDON (Reuters) – A British court will this week consider whether attempted manipulation of the benchmark interest rate Libor can invalidate loans and other deals or show that banks mis-sold products that were based upon the rate.

The Court of Appeal will on Tuesday begin a 3-day hearing examining two separate cases brought by clients against Barclays and Deutsche Bank. It is expected to hand down a landmark ruling later in the year, according to sources familiar with the cases.

If the decision goes against the banks, it could open the door to many more cases being brought against the industry by companies citing Libor manipulation, opening banks up to compensation claims worth billions of pounds.

The London interbank offered rate (Libor) is used to price over $300 trillion of financial contracts around the world.

In previous legal rulings judges have stopped short of saying Libor is relevant to all claims against banks but said it could be used in cases where contracts have been linked specifically to the benchmark.

Barclays is being sued for up to 70 million pounds ($112 million) by Guardian Care Homes, a UK residential care home operator, which alleges the bank mis-sold it interest rate hedging products that were based upon Libor.

The case has been delayed until April 2014 so the appeal decision can be heard. It started out as a complaint about the alleged mis-selling of interest rate swaps but a judge ruled last October that it could be amended to include claims of fraudulent misrepresentation connected to Libor manipulation.

Barclays said the case has no merit because Guardian Care Homes had sufficient understanding of the products to make its own judgment over whether to enter into the agreements.

“The addition of a claim based on what happened with Libor does not change the bank’s view. This business had a suite of advisors and a lot of financial experience and skill in-house,” it said on Friday.

Barclays last year paid a $450 million to settle allegations it manipulated Libor, and UBS and Royal Bank of Scotland have been fined for manipulating Libor. Deutsche is among several other banks under investigation.

But Unitech counter-sued, saying the loan and swap deal were linked to Libor interest rates, which at the time were being manipulated by some banks.

A UK court last month said Unitech must repay the loan, but said the dispute over the related swap should go to trial.

The judge said just because there was evidence the Libor rate had been manipulated did not make a loan void. But he said the terms of the swap agreement and its specific link to a Libor contract were more contentious.

“The defendant’s attempts to introduce broad and unsupported allegations about Libor, which have already been rejected once by the High Court, are a bid to delay payment and divert attention from its unpaid debts,” Deutsche Bank said on Friday.

Lawyers for Guardian Care Homes and Unitech declined to comment.