Abhishek Sachdev of Vedanta Hedging was interviewed by Reuters in an article exposing FX option mis-selling.

Vedanta Hedging is the UK’s largest FCA authorised firm of hedging advisors to SMEs. We have assisted a number of SMEs challenge their bank and / or FX broker about mis-sold currency hedging products. Some of the products we have seen are incredibly complex and are speculative in nature. 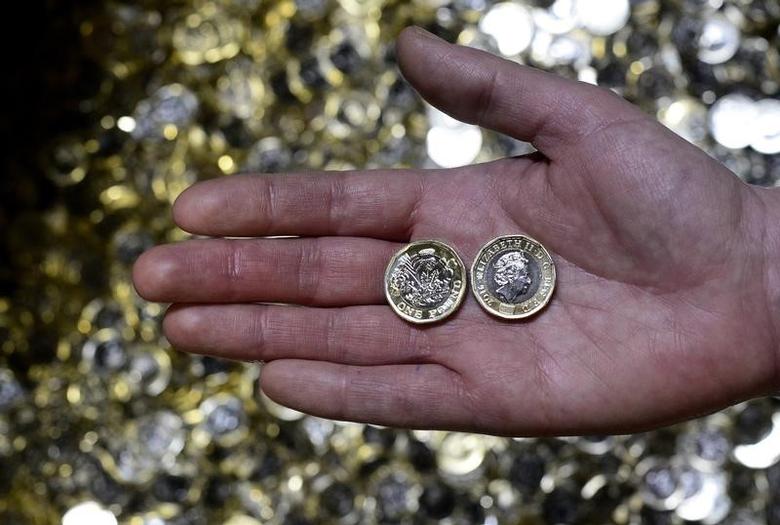 Banks and foreign exchange brokers in Britain face legal claims from small companies which allege they were mis-sold complex currency derivatives that soured when the pound fell after Britain’s vote to leave the European Union, according to court filings and sources familiar with the cases.

In one of the first cases that has been brought, a small British jeans maker, Newstar Garments, alleges broker World First sold it derivatives of an ‘exceptionally high level of complexity’ that led to losses of over four million pounds, according to court filings seen by Reuters.

Newstar said it wanted simply to hedge against fluctuations in the dollar/sterling exchange rate when it engaged World First, but that the broker recommended it enter increasingly complex transactions that resulted in it taking risky speculative bets.

When World First lodged a debt recovery claim against Newstar following the company’s failure to pay up on the contract, Newstar responded with a counter-claim alleging the misselling.

“In simple terms, the allegations of mis-selling are opportunistic, entirely baseless and have no prospect of success,” a spokeswoman for World First said via email.

A lawyer representing Newstar declined to comment on the case.

World First said last week it will exit the FX options business, citing a change in its strategy.

Lawyers say they are working on similar claims worth hundreds of millions of pounds in total, against large banks and leading currency brokers accused of breaching their duty of care to their customers.

The law firm representing Newstar, Collyer Bristow, said it is working on six other such cases.

Abhishek Sachdev, Chief Executive of Vedanta Hedging which advises companies on derivatives for hedging and on mis-selling cases, said he is aware of 25 cases involving currency products of which some 15 clients are instructing lawyers.

Banks in Britain have already paid out over 2 billion pounds in compensation to small companies that claim they were mis-sold interest rate hedging products, the FCA said in January last year following the completion of a review of such cases.

Sachdev said in many of the cases he has worked on involving forex products, what starts as a simple hedging contract is restructured many times until the customer is unknowingly taking on excessive levels of risk.

“Since Brexit we have seen a hell of a lot more (of these forex mis-selling cases) because when you have a major move in a currency like that, it is like the 2009 moment for interest rates,” said Vedanta’s Sachdev.

Sachdev was called in 2012 by the British government and the FSA, the relevant regulator at the time, as an expert witness in those interest rate mis-selling cases.

Hedging of currency risks by small and medium-sized British companies surged before June’s referendum on EU membership, according to a survey by bank research firm East and Partners published last July.

Around 20 percent of small businesses in Britain with revenues under 20 million bought foreign exchange options from banks and brokers to protect themselves against sharp movements in the value of the British pound, the survey said, compared with 17 percent in a previous survey in April 2016.

All of those with turnover of 20 million to 100 million pounds a year had used FX options to protect themselves in the past year, the survey said.

A decade-long squeeze in the profits banks and brokers earn on ordinary spot currency transactions has driven them to focus on options and other speculative financial derivatives, according to sources at those firms and industry surveys.

Newstar said in the court filings that its intention had been simply to protect itself against fluctuation in the dollar/sterling exchange rate.

Newstar subsequently entered into more complex contracts on the advice of World First that were effectively speculative instruments that locked them into buying or selling much more of the currency than they wanted or could afford, the filings allege.

Vedanta’s Sachdev, and law firm Collyer Bristow which is advising Newstar on its case, said the other cases they are working on involve similar claims about the complexity of the products and the unintended risks the companies say they were exposed to.

The terms of all such option contracts allow the banks and brokers that sell them to require from the client more ‘margin’, or collateral, if markets move against the buyer as they did for many companies after the June 23 EU referendum result.

Many companies are unable to pay up on the contracts when they go bad, leading to claims against them followed by counter-claims that the products were mis-sold.

Such cases are typically settled out of court, making it hard to determine the number of such cases or the total financial loss incurred, according to Sachdev and Collyer Bristow.

Britain’s Financial Conduct Authority (FCA) has been made aware of the cases on multiple occasions, according to correspondence with the regulator reviewed by Reuters.

“This shows that the idea that the banking culture is now completely different, and the issues that arose from interest rate mis-selling wouldn’t now arise, doesn’t seem to apply to foreign exchange contracts,” said Robin Henry, a partner at Collyer Bristow.

A spokeswoman for the FCA said the regulator would not comment on what it is or is not investigating.

The article can be seen here: