Vedanta Hedging interviewed by Reuters re: lost faith in the FCA review scheme

Mr Sachdev stated “Some people have lost all faith in the review and are taking legal action. What they (banks) have paid out is a pittance.”

The question of consequential loss is still a huge concern for the banks involved as this bill could be as high as 6 billion pounds.

Vedanta Hedging has said that it feels that the amount being put aside by banks for this is woefully less than it should be.

UK urges firms to sign up for swaps compensation 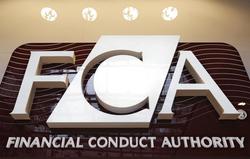 LONDON (Reuters) – Britain’s financial watchdog urged small businesses that were mis-sold interest rate hedging products to join its compensation scheme, which has so far paid out less than 600 million pounds ($996.63 million) from nearly 4 billion set aside by banks.

The Financial Conduct Authority said on Tuesday banks were on track to meet a deadline for completing a review of nearly 30,000 cases of mis-selling by the end of May, but urged firms which had not yet opted into the scheme to do so.

But some small businesses have chosen to take legal action against banks instead, pursuing claims for consequential losses which could lead to bigger payouts. They have also been put off by the prospect of being offered alternative products by the banks, which they do not want, instead of cash compensation.

The regulator ordered banks to start compensating firms last May after finding serious failings in the way the interest rate hedging products – known as swaps – were sold.

The products were designed to protect smaller companies against rising interest rates but, when rates fell, firms faced costs running to tens of thousands of pounds. They also faced penalties to get out of the deals, which many said they had not been told about.

Under the compensation scheme, banks have offered businesses alternative hedging products in more than a third of cases and the average payout per case has been steadily falling throughout the review. It stood at 131,000 pounds per case at the end of March, down from 140,000 at the end of February.

“Some people have lost all faith in the review and are talking legal action. What they (banks) have paid out is a pittance,” said Abhishek Sachdev, managing director of Vedanta Hedging, which advises businesses on the products.

Mark Garnier, a Conservative member of parliament who sits on the Treasury Select Committee has vowed to keep up pressure on the regulator and banks to secure a fair deal for claimants.

“We are very angry and we are doing our level best to put pressure on the regulator,” he said at a meeting of claimants in London last month.

Consequential loss claims set the clock back to the point before the products were sold and require banks to compensate not just the direct cost of the mis-sold contracts but any losses that businesses have suffered as a result of entering the agreements. They could result in the overall bill for banks being much higher than currently anticipated.

The regulator has said an offer by banks to pay customers 8 percent annual interest on the compensation received is a ‘fair alternative’ to consequential loss claims.

The FCA said that, by the end of March, Britain’s biggest four banks – Barclays, HSBC, Lloyds Banking Group and Royal Bank of Scotland – had paid out 598.4 million pounds ($993.97 million) in compensation, up from 482 million a month earlier.

Out of the 29,563 cases reviewed by banks, 18,800 qualified to join the scheme which is restricted to businesses deemed to be financially “unsophisticated”.

A decision has been communicated to customers in 9,758 cases but less than half of those offers have been accepted so far.